Prepare to Be Entertained as Metal Band HEATHENSUN Welcome a New Rock Baby “MAKE” From Their Upcoming Catalog Dubbed, “Gang” 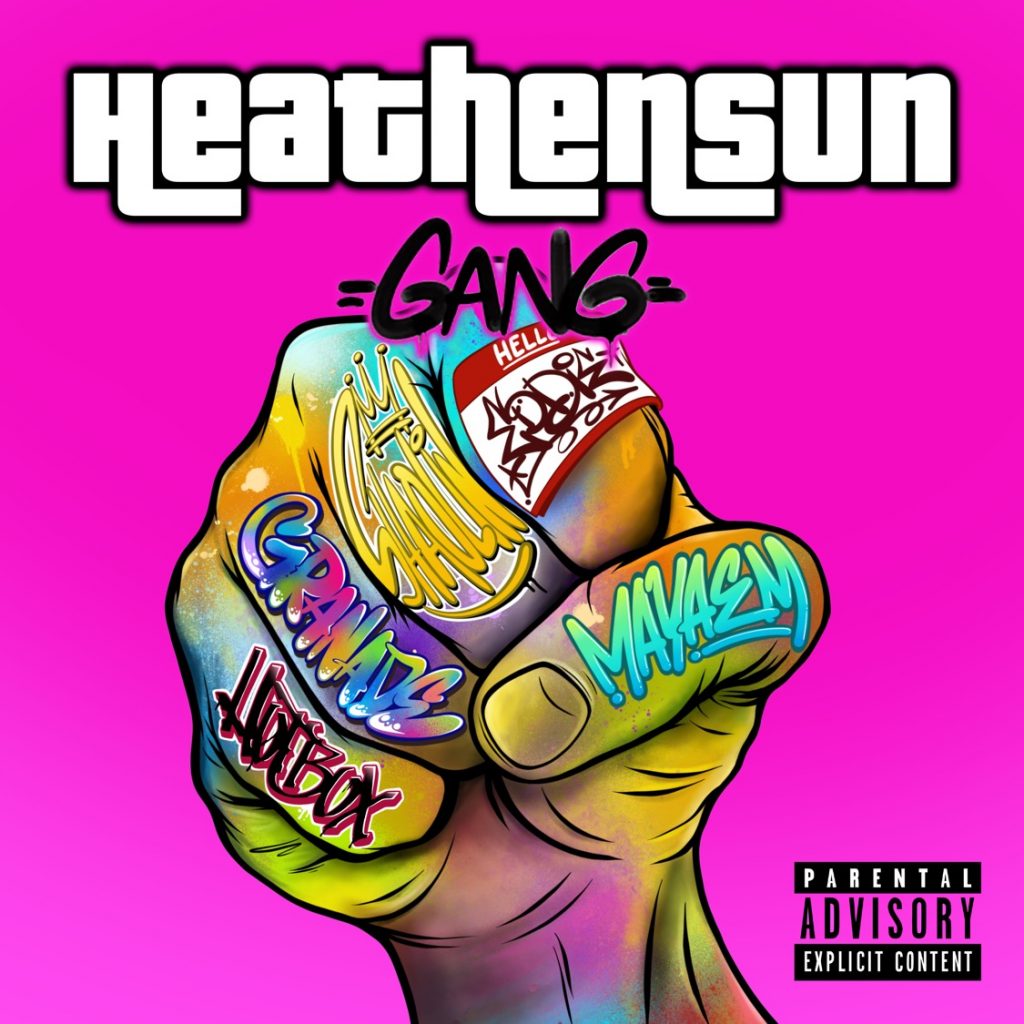 Heathensun, a four-piece nu-metal band from different cities in Carolina, has been able to turn over opinions in their favor ever since their debut album “Flip Side” graced the rock world. A chart-topping single like “Beach” made the world realize the magnitude of musicality at work here, and it was absolutely monumental. Taking on the world of nu-metal and armed with an arsenal of rock flavors, this band blends the flavorsome metal sound with a cocktail of redefined hip-hop and trap to create timeless masterpieces that will always keep any audience in high spirits.

Taking on the mission to entertain and impact the musical world with their dynamic and original sound, they are not resting until their names ring loud in all the possible corners of this world. And when I say possible, I actually mean everywhere! They have a new baby named, “Gang” that is due to be conceived on 4th July for the whole world to see and hear her cries. From the same fertile womb is, “Make”- an unbelievably beautiful melodic metal track that embodies ingenious work of art from head to toe!

Daring to gratify in fabulous ways, this tune sparks a listener’s intrigue right from the intro where the splendid electronic riffs take the sound on a glamorous build-up and allows a listener to get in and feel the song from the heart. Gloriously coming in is the thick wasp of synths that echo in the background and artistically become audible. This is then fronted by some alluring percussion right before the powerful drums and guitar say they’ve heard enough and make a grand entrance that is felt right into the chest!

Laying his vocals like a flower bed over the richly veined instrumental land, the lead vocalist does an exceptional job of backing all this phenomenality and allows just enough imagination with the catchy phrases that are delivered time and time again as the track builds to keep a listener heavily invested and engaged- and isn’t that what great performers do!

The music video is a mighty work of film that will keep you grounded throughout the track’s length. The scenes unfolding in their raw and visual form are blended expertly to fashion a stunning cinema that you simply can’t get enough of- the garage setting, the skating with skateboards, the city view, and the concert performance that is in perfect sync with this track is everything you’d want in a rock video!

Keep Up With Heathensun on: