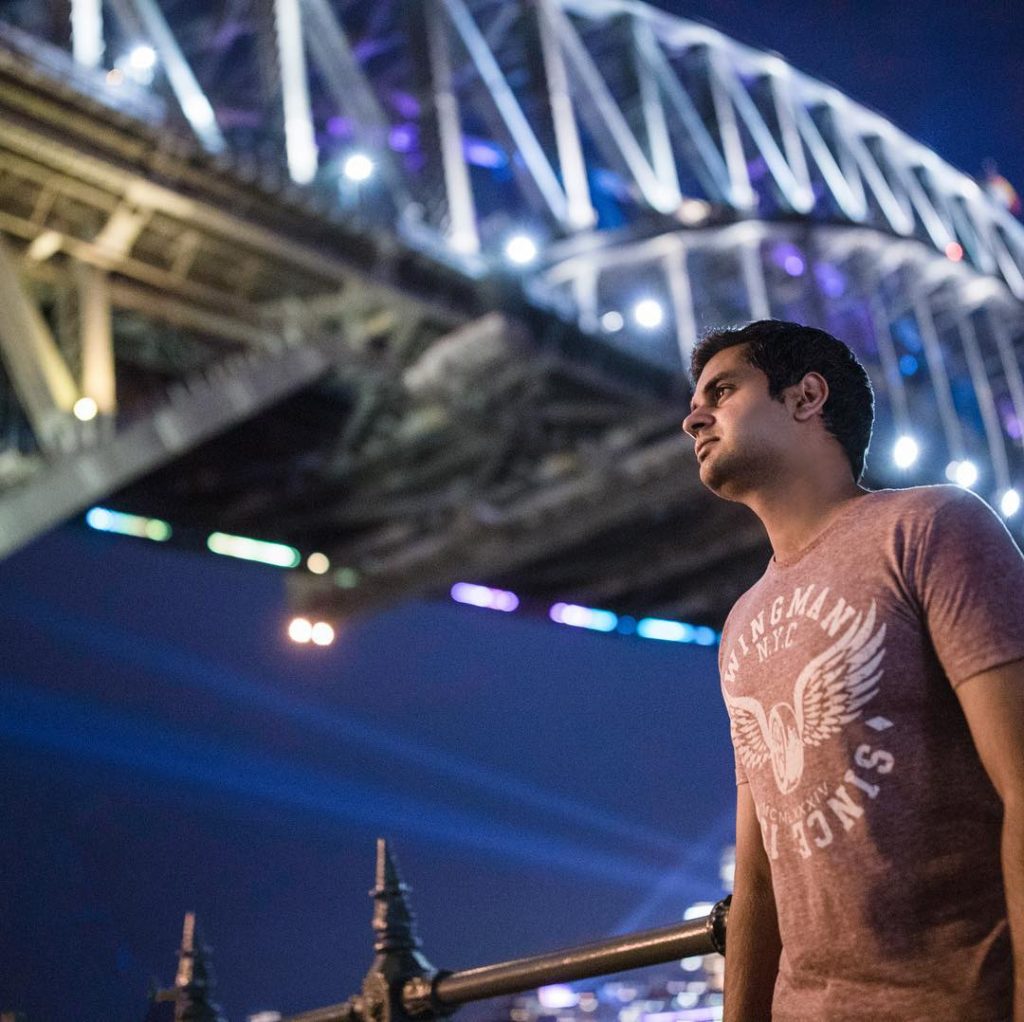 Ankur is a Sydney native currently based in the Australian capital where he has been making a name for himself as the hip hop artist to look out for. His lyrical prowess is unmatched and he has been able to fashion an eclectic brand of hip hop sound that finds space to integrate influences from pop and rock that has come to be received with deserved acclaim. Back to his roots in creating music that blends musical boundaries between hip hop, pop, and rock, Ankur’s production style combined with thought-provoking lyrics is a fresh sound geared toward the future of music.

Ankur has continuously captured the attention of loyal hip-hop heads with the lyrical wit showcased in his songwriting with his style really bridging the gap between musical generations. After a long hiatus, he is back like he never left and he comes bearing a timeless gift; the single, “Roots” in which he featured outstanding vocalist Bronte Kolbe for one memorable performance.

This a straight hit and a radio staple that is bona fide and inspirational. The words behind the lyrics carry so much depth and weight that will deeply relate to so many listeners. Sometimes we have been overwhelmed by the pressure to be better in all facades of life; be it work, relationships, or lifestyle. We find ourselves competing on who has better lives and this is not supposed to be the case- this is a tune to remind you to just breathe and when you are feeling a little too inundated just go back to your “roots” because it is impossible to enter the magic that each day brings if parts of you are holding on to old disappointments, resentments and hurts.

That entrancing amalgamation between the modern lush pop instrumentation with the spirit of hip hop is near perfect. The luxuriant pop flows allow Kolbe’s mellifluous vocals to dominate immaculately and the way she delivers those catchy hooks is a moment to behold.

Ankur comes in between the hooks section with his faultless bars as he depicts such inimitable lyrical dexterity to perfectly back the theme on show here. He exudes such confidence and maturity which feels like a result of years’ worth of experience and learning to deliver such a show-stopper.

Catch Up With Ankur on: