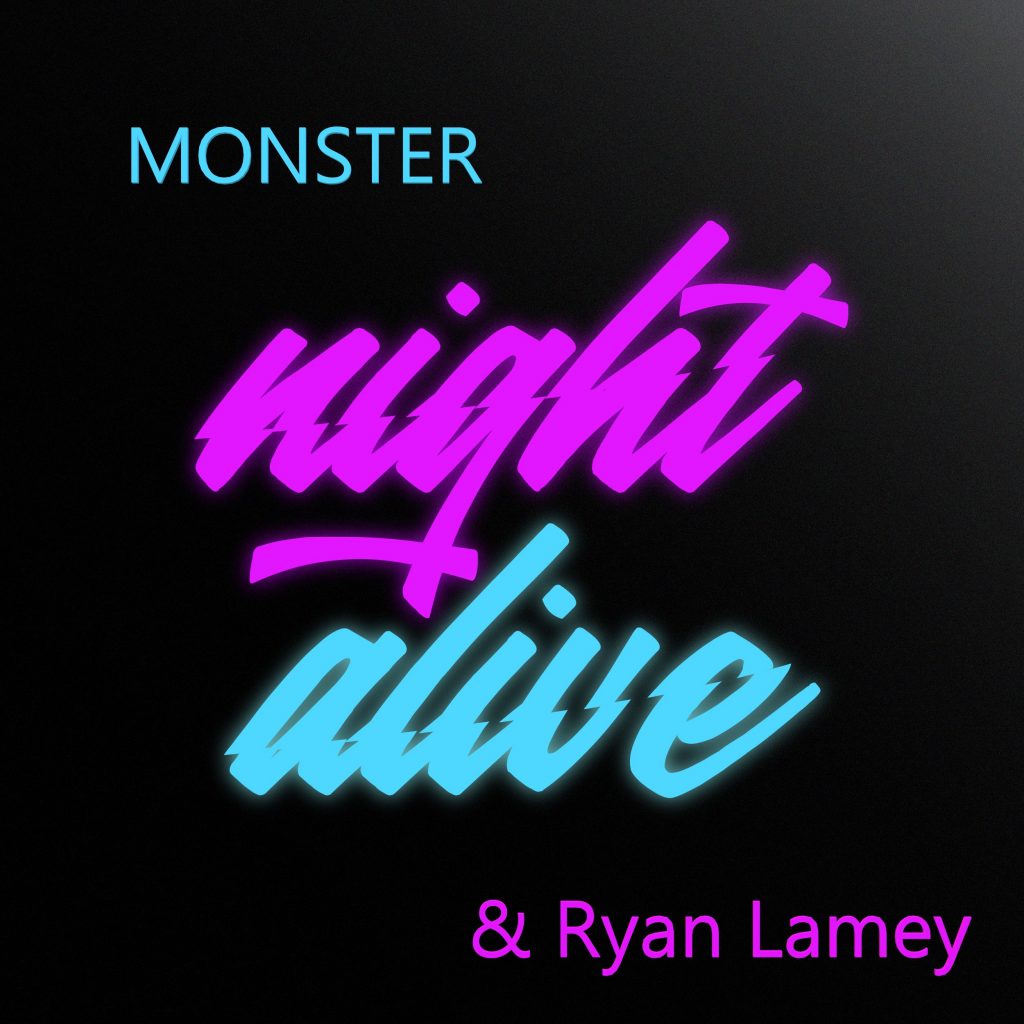 Night Alive has been quietly creating the most vivid, rhythmically energetic, and melodically intricate electronic dance music for quite some time, and she is now ready to share it with the world. She intends to use her innate ability to improvise to create universally appealing masterpieces that will eventually make her a well-known figure in the industry.
Coming through flawlessly with a track that possesses a remarkable amount of rhythm and melody, it is reasonable to state that her name belongs among the dance music innovators of our time!

She is set to make a mark on September 23rd, 2022 when she drops her own remixed version of, “Monster” from the original song by singer and songwriter Ryan Lamey from the album, “Disordered.” This is one of two remixes of Ryan’s songs and what a listener can expect is of course a retro-inspired dance track that is inexpressibly addicting!

Capturing a feeling of nostalgia that is both retrospective and bundled up with optimism and euphoria, “Monster (Night Alive Remix)” is like a reimagined 80s tune that is added a futuristic aura to fit in perfectly in the modern era. Night Alive delivers a confidently unique sound that is sure to shine bright and endear itself to electronic dance music fanatics.

The synth sonic features and deep retro–driving beats peppered throughout this record is music design done right and magnificently capture both a sense of nostalgia and ecstasy that is worthy of critical praise. Firing on all cylinders, “Monster (Night Alive Remix)” is undoubtedly a cosmic exploration through old-school and modern electronic space.

Featuring the nostalgia of 80s retro dance mixed with the vibrancy of techno, this is the perfect soundtrack for a disco night. “Monster (Night Alive Remix)” is simply a reflective electronic dance tune exhibiting rich and lush musical arrangements with flawless melodic flow backed by intriguing vocal drops to create a hypnotic anthem.

Mark 23rd September on your calendar and follow Night Alive everywhere so as to get the pre-save link to be in time when this masterpiece drops officially on all the digital platforms!

Catch Up With Night Alive on: